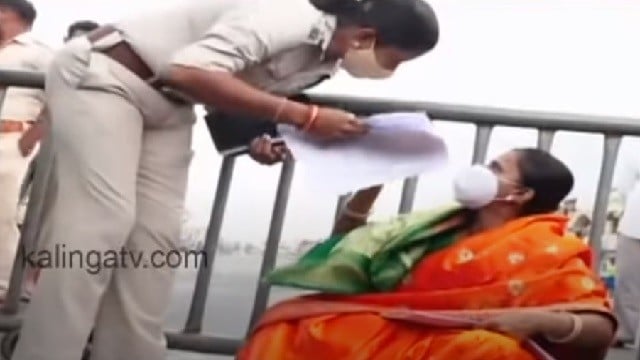 Puri: Actress Rani Panda has lodged an FIR against a youth for passing abusive remark on Lord Jagannath in Puri.

The accused has been identified as Dillip Bindhani of Rajkanika in Kendrapara.

Reportedly, Dillip has passed some abusive remark on Lord Jagannath on social media platform due to which enraged Rani has filed a complaint at Puri Singhadwara Police Station.

Rani walked down to the Market Square on Bada Danda (Grand Road) from Atharanala to lodge the FIR.

The cops took the FIR sheet from her at the Market square due to the imposed curfew in the city.

Rani has said that she will sit for a hunger strike until strict action is taken against the accused.

Why do some people get infected with severe Covid-19?