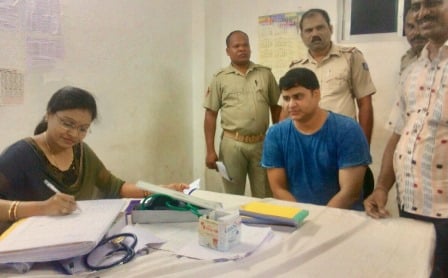 Bhubaneswar: Commissionerate Police today arrested popular Odia actor Pupinder Singh on the basis of a non-bailable warrant (NBW) order issued against him by the Judicial Magistrate First Class (JMFC) court here on Saturday. However, the JMFC court granted him bail barley two hours after his arrest.

The court has asked the actor to appear before it once in every 15 days.

Earlier today, the court had issued an NBW against Pupinder and his wife Roopinder Kaur for not appearing before it in a cheating case filed by a mining businessman.

Pupinder has been accusef of cheating the owner of SK Ore Pvt Ltd to the tune of Rs 90 lakh on the pretext of making an Odia film and had deposited three cheques amounting to Rs 8 lakh, Rs 7 lakh and Rs 4 lakh as security.

Since the making of the movie did not start in due time, the actor had promised to repay the amount he had received from the mining trader.

However, the cheques issued by the actor in favour of the mining trader bounced after which a cheating case was registered against the actor and his wife.