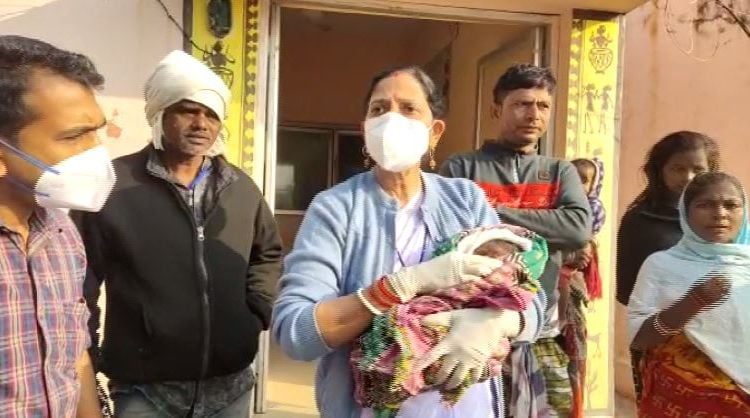 Moroda(Mayurbhanj) : Just hours after entering into the world, an abandoned newborn baby boy was rescued from the bushes near Morada stadium in Mayurbhanj district on Sunday.

The infant was rescued by one Sumant Mukhi in the wee hours of the morning, He heard the new-born cry while passing the bushes.

He then informed his family members about the incident and brought the new-born back to his home.

Later, the baby was admitted to Morada hospital for treatment and his health condition is said to be stable.