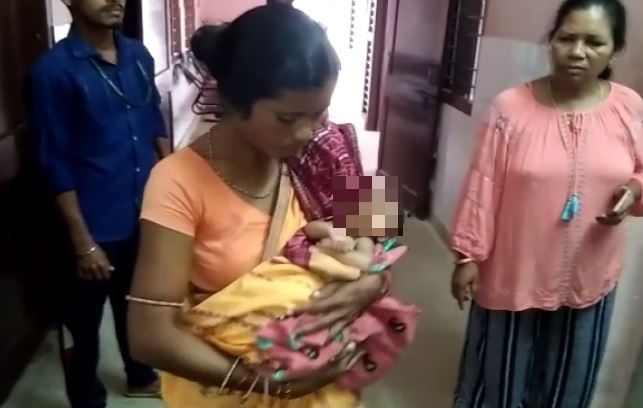 Subarnapur: In yet another case of newborn abandonment in the State, locals in Kukia village under Ulunda block in Subarnapur district rescued a baby boy who had been dumped in a playground today.

As per the report, one Ranjan Bagarti of the village had been to attend nature’s call in a nearby field when heard the crying of the baby. After reaching a nearby playground Bagarti spotted the baby and rescued him.

The newborn was later handed over to Accredited Social Health Activist (ASHA) of the village namely Gayatri Panda who rushed him to Ulunda Hospital for health check-up.

While the health condition of the rescued baby is stated to be good he would be handed over to the district child protection unit today, informed the hospital authority.