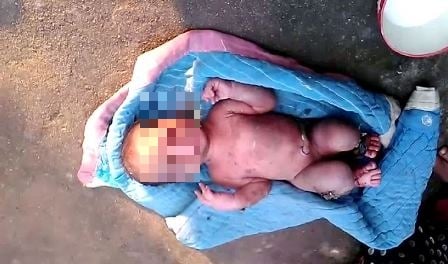 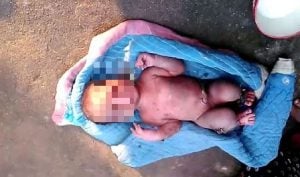 Jharsuguda: Making a mockery of the various schemes aimed at saving the girl child launched by the Odisha government, another new-born baby girl was found abandoned in a garbage dump in Jhandapada village under Belpahar police limits here Thursday.

Some locals spotted the abandoned baby this morning and rushed her to the TRL Krosaki Hospital. Doctors found the body temperature of the baby girl low after preliminary tests and put her under observation.

Meanwhile, locals lodged a complaint at the Belpahar Police Station. Acting on the complaint, police succeeded in tracing the mother of the baby later in the day. The woman was found to be a resident of Jhandapada village, who admitted during interrogation that she had abandoned the baby since she was unwed.

As the mother of the baby declined to take her back, police called up the District Child Protection Unit. The members of the DCPU were preparing to shift the baby to Jharsuguda for better treatment when this report was being filed.