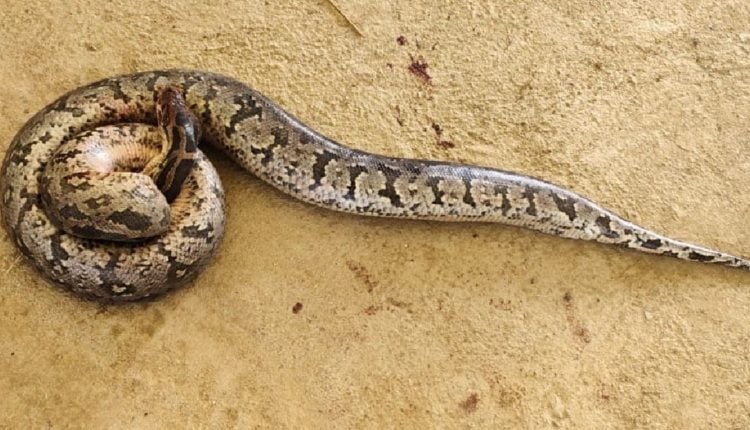 Bargarh: A huge python snake was rescued from Bargan village in Bargarh district of Odisha on Thursday. The python is said to be 9 feet long and weighs 25 kg.

As per reports, today a farmer was applying pesticide in his paddy field while he unknowingly stepped on the python. Reacting over it, the long python got entangled in the leg of the man. Getting frightened by it, the farmer raised alarm for help and soon some people rushed to the spot to rescue him.

As the man had been trapped by the snake, the locals beat gently on the head of the snake and accordingly the man became free from the snake’s grip.

Later, the locals called for the Snake Helpline members and rescued the python. It was then taken to the veterinary doctor in Bargarh. After preliminary treatment, the officials of the Veterinary Hospital reportedly shifted the python to the Odisha Veterinary College in Bhubaneswar for advanced treatment.

The Veterinary doctor has said that the python was 9 feet long and weighted 25 kg. 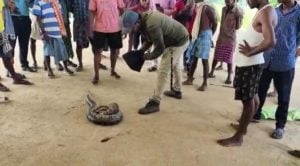