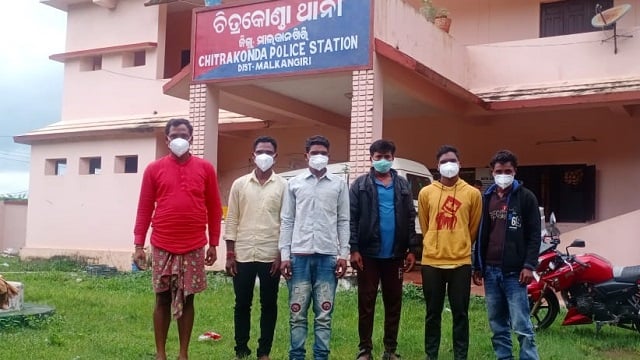 Based on a reliable information, Chitrakonda police intercepted an auto and seized 812 kgs of ganja from the spot. The ganja was being smuggled to Andhra Pradesh.

The cops arrested seven smugglers from the spot and forwarded them to court. The worth of the seized ganja have been estimated to be around Rs 80 lakhs.

Huge quantity of ganja worth Rs 5 cr seized in Koraput, 3…

Earlier on Monday, four smugglers were arrested from Malkangiri and seized more than two quintals ganja worth Rs 22 lakhs. The ganja was concealed under the coal being transported with the help of two vehicles.