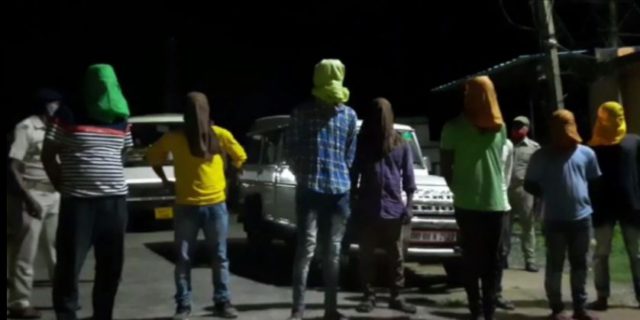 Jharsuguda: Jharsuguda police on Saturday arrested eight persons for their involvement in the abduction of the Executive Engineer of Rural Development Department, Manoranjan Patnaik on Oct 6.

The police have seized Bolero, gold chain, pistols, 2 swords, a dagger and 9 mobiles from their possession.

Death toll rises to 7 in tragic accident in Jharsuguda as…

Youth electrocuted while stealing coal from train in Odisha

According to police, Tofan and Siba who are the son of a peon Rabi Tandi, working in the Rural Works Division, Jharsuguda had grudge over Pattnaik for taking action against their father for professional indiscipline and unauthorised absence. So in a fit of rage they had hatched the conspiracy of kidnapping him.

As per reports, on the late night of Oct 6, the victim Manoranjan Pattnaik was sleeping in his headquarters, when five persons equipped with arms, knife and sword forcibly entered his quarter and threatened for money, they snatched away his gold chain and cheque book and ATM card. The accused forced him to accompany them for withdrawal of money from the bank and then proceeded the vehicle towards Sambalpur and then Kesinga of Kalahandi district.

The accused  then left Pattnaik at an isolated place under Kesinga of Kalahandi district. Then the latter reached the police station and narrated the entire story.

Family Of Hathras Victim To Appear In Court On Monday