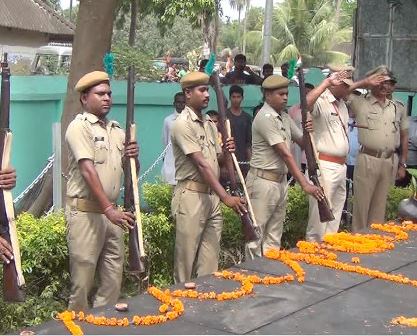 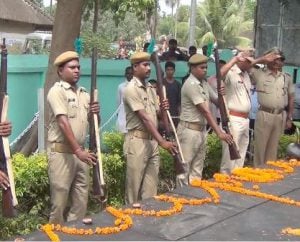 Bhadrak:  The 75th Martyrs’ Day has been observed at the Saheed Padia in Eram under Basudevpur block here today.

A programme was held to commemorate the supreme sacrifice of 28 freedom fighters, who shed their lives for the country on September 28, 1942 during an encounter by British police. It was attended by Bhadrak Collector Gayana Ranjan Dash and SP Anup Kumar Sahoo.

After offering floral tributes at the Martyrs’ Memorial, the Collector received Guard of Honour at the parade held by the Bhadrak Police. Later, a gun salute was also given to the martyrs.

Union Petroleum and Natural Gas Minister Dharmendra Pradhan would address a public gathering at the ground in the evening.