72 Kg of Ganja seized from fuel tanker in Odisha, One held 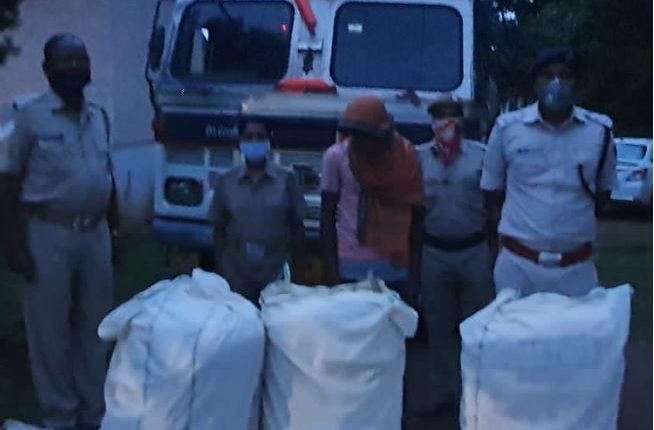 Kandhamal: Phulbani Sadar Police in Kandhamal district has seized approximately 72 kgs of ganja from a oil tanker. The police have arrested the driver of the vehicle for transporting the contraband.

The vehicle was smuggling the ganja from Katringia area to Boudh district, said source.

Acting on the basis of reliable information,  Kandhamal SP Binit Agrawal with his team intercepted a fuel tanker and seized approximately 72 kgs of ganja after conducting a checking of the vehicle.

The seized ganja was estimated to be worth around Rs 3 lakh, said SDPO of Phulbani Mandrenath Murmu.

The arrested driver of the fuel tanker has been forwarded to the court.