7 passengers critically injured as truck rams into bus in Balasore 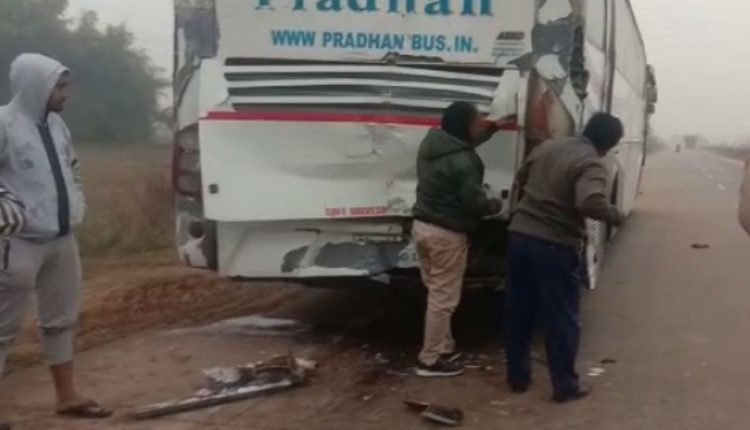 Jaleswar: At least seven passengers sustained injuries after a truck carrying cattle hit it from behind at Nandika Chhak on State Highway-60 under Jaleswar police limits in Balasore district last night.

As per the report, a group of tourists from West Bengal had visited the religious town Puri in a bus namely, ‘Pradhan’ yesterday and were returning home when the crash took place. Near Nandika Chhak, a driver of the cattle-laden truck lost control over the wheels of his vehicle and ended up dashing against the bus from the rear.

While the bus got badly mangled from the back under the impact of the collision, at least seven passengers turned critical on the spot.

The injured persons have been admitted to Gopikishan Bhattar Community Health Centre (CHC) for treatment and police have seized the mangled bus.

Police are trying to trace the absconding driver and helper of the truck.

Kidnappers of Minor Girl Nabbed By Police In Kendrapara