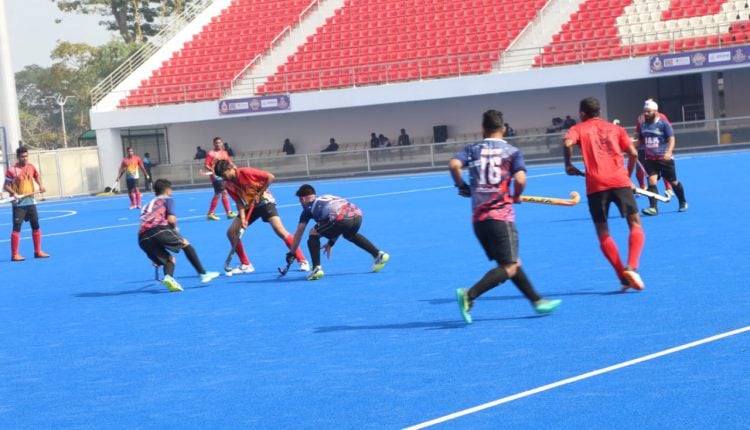 Bhubaneswar: The 68th All India Police Hockey Championship- 2019 is successfully going on at Kalinga Stadium. In the fifth day of the tournament, four important matches were played.

The second match of the day was played between Jammu & Kashmir Police and Madhya Pradesh Police. It was a keenly contested match and both the teams played spectacular Hockey. In the end J&K Police won the match by a slender margin of 1-0 goal.

The third match of the day was played between ITBP Jalandhar and Tamil Nadu Police. It was very tough match and players of both the teams displayed extra ordinary feats. At last the match ended up in a draw with 3-3 goals.

The fourth and last match of the day was played between Maharashtra state Police and Rajasthan Police. It was a one sided match and players of Maharashtra team dominated the game from beginning to the end. At last the match went in favour of Maharashtra Police and ended in 9-1 goals.

Tomorrow is the sixth day of All India Police Hockey Championship and five important matches have been scheduled to be played. Host Odisha Police will play against Tripura Police.