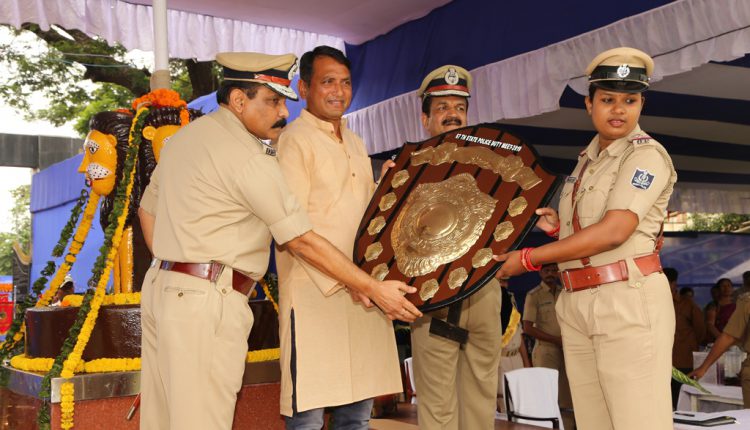 Cuttack: The valedictory function of the 67th Odisha Police Duty Meet, 2019 was toady held at Reserve Police Ground in Cuttack.

Minister of state for home Dibya Shankar Mishra graced the occasion as Chief Guest and took the ceremonial salute.

The minister also gave away trophies and prizes to the successful police officers who won different professional competitions.

“Police Duty meet is an occasion which provides a platform for participants to exhibit and enhance their investigating skill. It also provides an opportunity to showcase their professional skill and talent in different field of investigation. Odisha Police has made its mark in different spheres of policing. Due to the continuous and sustained effort of officers and application of the scientific technique in the investigation, there has been an improvement in the conviction rate in the cases related to women and children,” said the minister.