6-month “Cooling Off Period” not mandatory for Divorce: SC 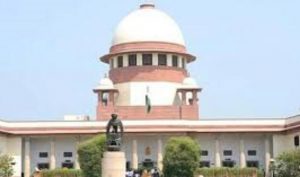 New Delhi: In a major change of rules for Hindu couples looking to divorce, the Supreme Court on Tuesday held that the minimum cooling off period of six months for granting the decree of divorce under the Hindu law can be waived by a trial court if there was no possibility of reconciliation between the estranged couple.

A bench comprising Justices AK Goel and UU Lalit said, “We are of the view that the period mentioned in section 13B (2) is not mandatory but directory; it will be open to the court to exercise its discretion in the facts and circumstances of each case where there is no possibility of parties resuming cohabitation and there are chances of alternative rehabilitation.”

The Supreme Court ruling came during a hearing of a plea filed by an estranged couple, which had sought waiver of the six-month cooling off period on the ground that they have been living separately for the past eight years and there was no possibility of their reunion.

The apex court said in conducting such proceedings, the trial court can use the medium of video conferencing. It said the object of the cooling off period was to safeguard against a hurried decision if there was otherwise a possibility of differences being reconciled.

The court also said, though every effort has to be made to save a marriage, but if there are no chances of reunion and there are chances of fresh rehabilitation, the court should not be powerless in enabling the parties to have a better option.

The 1955 Hindu Marriage Act provides for a statutory cooling off period of six months between the first and the last motion for seeking divorce by mutual consent to explore the possibility of settlement and cohabitation.

Tension in Odisha village over tantric puja in temple