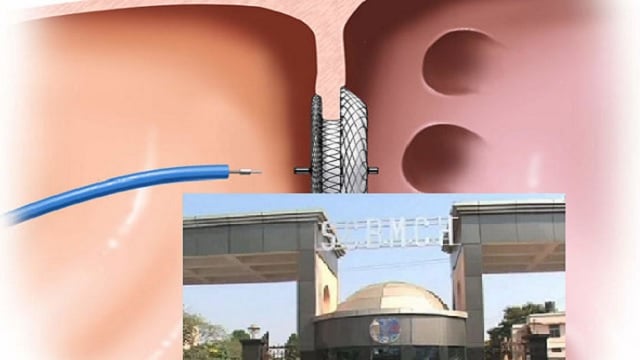 Cuttack: Six patients including four children and two old age people went through device closure procedure at S.C.B. Medical College and Hospital on Wednesday. Device Closure is used to close a defect or holes in the heart. The treatment has been done without any kind of surgery at the hospital.

Earlier, the patients had to travel out of the state for such treatments. However, 25 patients have been successfully treated by device closure procedure at SCB hospital in last four months.

Online OPD services launched at SCB Cuttack, Check how to…

It is noteworthy of that the National Child Health Program has introduced such treatment for children.

Device Closure is used to close a defect or an opening between the right and left sides of the heart. The upper two chambers are called at Atria and the lower chambers are known as Ventricles.

The walls of the heart are well separated maintaining a good circulation system. But in some congenital heart defect situations, if there are any holes on the heart, either in the atrial wall or the ventricle wall, this can result in disturbed blood circulation resulting in performance failure of the heart. If the holes are particularly small, they can be filled up surgically, with some metal device that is surgically placed, which is known as Device Closure.