6 arrested for impersonating as naxals in Rayagada 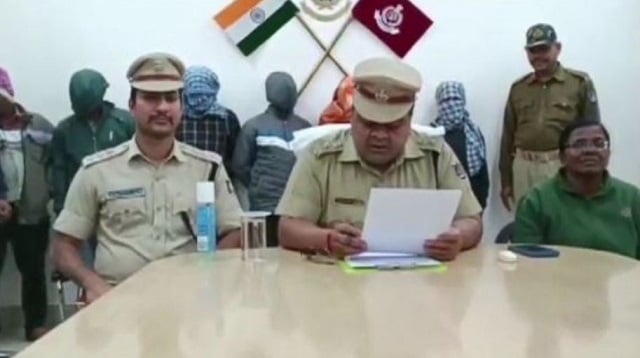 Rayagada: The Rayagada police arrested 6 persons who posing as fake naxals in Sunger village under Kashipur police limits of the district.

The fake naxals were involved in extortion and demanded Rs 5 lakh from a villager. They even threatened to kill him if they did not pay the money.

Addressing a presser, Rayagada Superintendant of Police Vivekanand Sharma said the fake naxals had implanted a time bomb inside one Tutu Gopal’s house at Sunger village and demanded money from him.

On being informed about the bomb, Kashipur police reached the spot and vacated the house. The SP himself rushed to the spot along with a bomb disposal squad, CRPF personnel, DVF personnel, and sniffer dogs.

The police have arrested six persons in this connection and have seized commercial detonators, electric wires, four mobiles and cylinders from their possession.