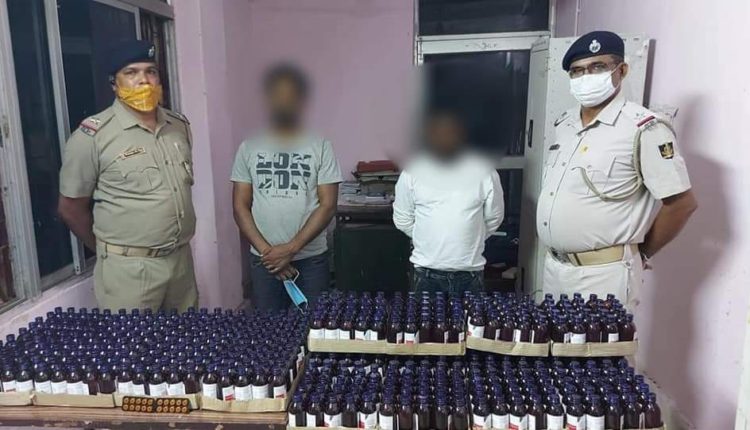 Burla: As many as 500 cough syrup bottles have been seized from Burla area in Sambalpur district of Odisha.

The police station has detected a group of people who were involved in the possession and sale of adulterated cough syrup.

A motorcycle, as many as 500 syrup bottles, two strips of N10 tablets have also been seized.

Two accused persons have been arrested by the police and forwarded to the court.

Further investigation is going on for arrest of others involved.