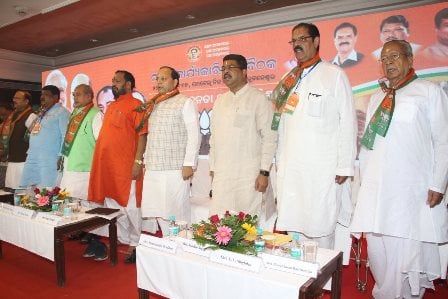 Bhubaneswar: The BJP on Tuesday sounded the poll bugle in Odisha appointing five senior leaders in a bid to win as many Lok Sabha seats as possible in Odisha in the next general elections.

This decision was taken on the second and the concluding day of the two-day State Executive meeting of BJP.

Below is the list of the leaders and their respective assignments.