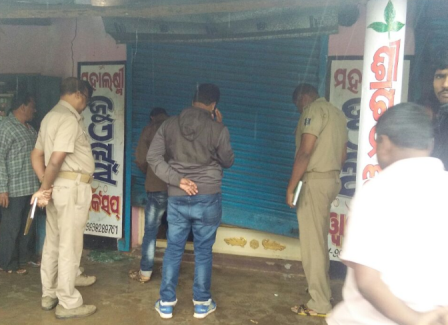 Bhadrak: Robbers looted property worth lakhs breaking open the shutters of at least five shops in the Barikpur Market near NH 16 under Dhamnagar Police limits in the district on Thursday night.

The loot came to the notice of the traders in the market today morning, after shutters of two jewellery shops were found broken and ornaments worth lakhs were found missing. Similarly, an Indicash ATM in the market along with a betel shop and iron-welding shop were also found looted.

Dhamnagar Police have reached the spot and started investigation into the loot incident.