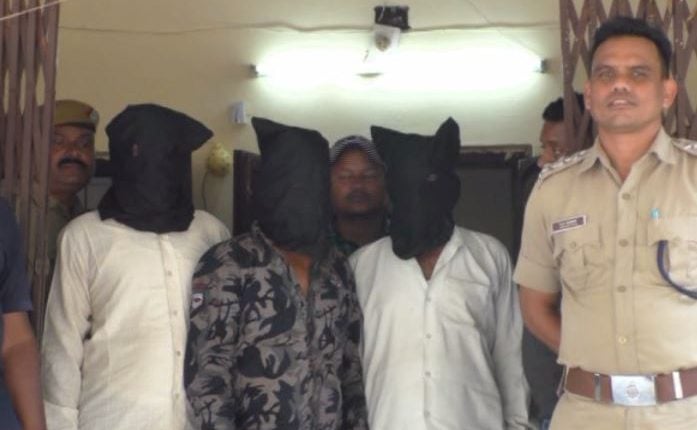 Sundergarh: Launching a crackdown on the illegal drug trade, police seized around 5 quintals of ganja from a truck by conducting a raid at Shankara bypass under Sundergarh Town Police Station last night and took three persons into custody.

Acting upon a tip-off on the ganja consignment which was being transported to an unknown place, Sundergarh SP Soumya Mishra ordered for the raid late last night.

A police team which intercepted the truck on the State Highway-10 carried out a search subsequently and found the banned drug and arrested the peddlers.

While the identity of the held persons is yet to be ascertained, they are being interrogated on the source and destination of the ganja consignment, informed the SP.