On this occasion, the Chief Minister said that there is a need for good electricity to improve the standard of living of the people. 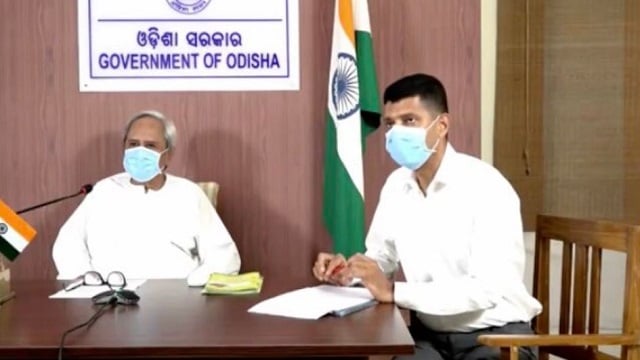 The State government has spent a total of Rs 254 crore for the substations which were installed at Hinjilikatu in Ganjam district, Kalimela in Malkangari, Birmaharajpur in Subarnapur and Godisahi and Bahugram in Cuttack districts.

On this occasion, the Chief Minister said that there is a need for good electricity to improve the standard of living of the people. Keeping this in mind, the state government is giving special attention to the development of electricity transmission and distribution infrastructure in the state.

Addressing the audience through video conferencing, the Chief Minister said that there is a need for good and uninterrupted electricity in all sectors of agriculture, industry and general life. Electricity is important to all of us. So the Chief Minister appealed to the public not to waste it unnecessarily.

It is worth noting that a strong infrastructure has been developed in the field of power transmission in the state. Currently, there are 185 Extra High Voltage Grid Sub-Stations in the state, while there is a network of 16,000 circuit kilometers.

The Chief Minister praised the state government for making this organization profitable in a very short period of time. The Chief Minister said that during the first six months of 2022-23, OCPL has made a profit of Rs 626 crore and achieved a 60 percent increase in coal production.

Berhampur MP Chandrashekhar Sahu, Nabarangpur MP Ramesh Chandra Majhi, Birmaharajpur MLA Padmanabh Behera and Banki MLA Debiranjan Tripathi participated in the program through video conferencing and thanked the Chief Minister for his efforts in the development of electricity and industrialization in the state. Secretary to CM (5T) VK Pandian conducted the program.

Nikunj Bihari Dhal, Additional Chief Secretary, Power, delivered the welcome address and the Chairman of OPTCL proposed vote of thanks. Chief Secretary Suresh Chandra Mohapatra and senior officials of the Energy Department were present in the program.