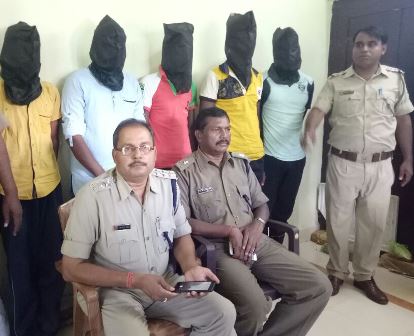 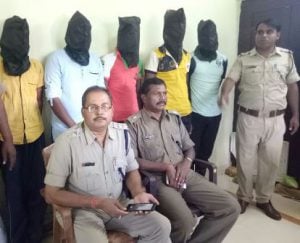 Angul: Police arrested five persons, including the main accused, in the Rashmi Ranjan Pradhan murder case on Thursday and linked the crime to a love triangle.

Briefing media persons on the arrests this morning, Angul Additional SP Jadunath Pradhan said police found a love triangle led to the crime. He said both Prashant and Rashmi were in one-sided love with a girl from Baramancha village. The enmity between them resulted in the brutal murder of Rashmi Ranjan on September 24.

“Prashant had hatched a plan to eliminate Rashmi a couple of days ago. As part of the plan, he invited Rashmi to visit Biswkarma Puja immersion, which was being held at Palashama area of Deogarh district on the day of the incident. After Rashmi reached Palasama with his drivers Amar Behera and Dushmant Behera, the main accused took him to Talagorada forest with the help of two contract killers namely Dushmant Sahoo and Sanatan and thrashed brutally with a cudgel and sticks. After Rashmi died on the spot, the accused threw his dead body in Baramancha cashew forest and fled,” said Pradhan.

The contract killer duo had been paid a sum of Rs 1 lakh for the crime, Pradhan added.

All the accused have been forwarded to court.

Odisha police cracks down on gambling; 87 arrested in Berhampur