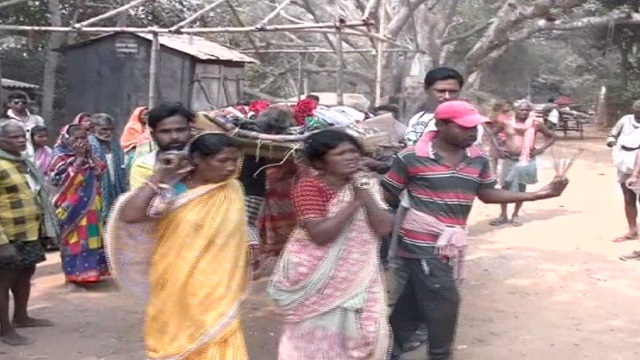 Balasore: In an emotional incident, four physically challenged women were seen shouldering the dead body of their mother during the last journey to the graveyard on Monday. The incident took place in Tumuda village under Remuna block in Balasore district of Odisha.

The deceased has been identified as Haramani, wife of Baidhara Jena.

As per reports, Haramani passed away today. However, Baidhara is physically challenged and affected with chronic disease. Also, there is no any other male member in the family. Accordingly, the four sisters, who all are physically challenged, shouldered the corpse of their mother and carried it to the graveyard. 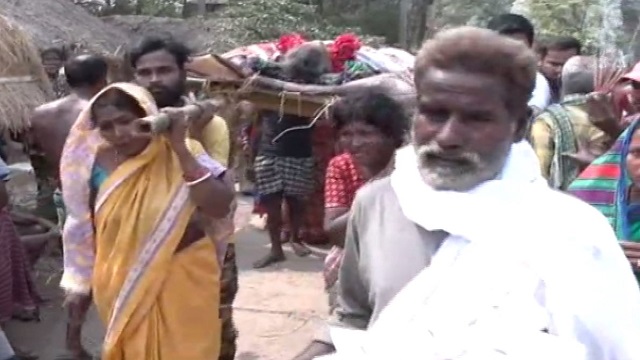 It has been learned that only the eldest of the daughters is normal and married. The rest other four siblings are physically challenged.

The scene of the four sisters carrying the dead body created an emotional atmosphere on Monday.

Haramani was working as maid in others’ family and also grazing goats. Now, after her death the family is worried over income of the family. The locals have urged the government to provide some financial assistance to the helpless family.