4 killed, over 30 injured in separate road mishaps in Odisha 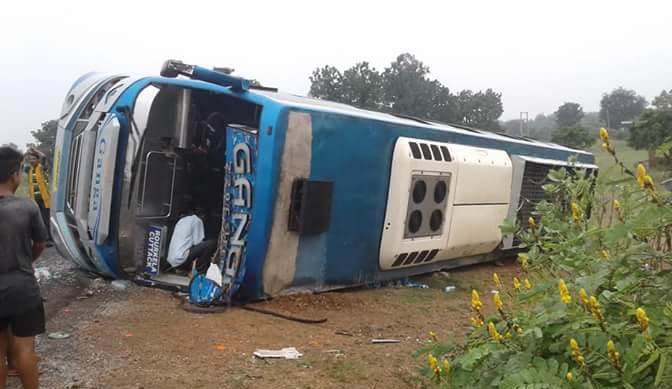 Bhubaneswar: At least four persons lost their lives and over 30 persons sustained injuries in separate road accidents in different parts of Odisha on Thursday.

A car with five persons onboard rammed into a truck from rear near Anantapur under Salepur block in Cuttack district, killing three of them on the spot.

Two others sustained critical injuries in the mishap and were admitted to the SCB Medical College and Hospital in Cuttack for treatment, where one succumbed to injuries taking the toll to four.

The deceased have been identified as residents of Simbalpada area. The mishap took place when they were going towards Cuttack railway station.

In another incident, a bus overturned near Balanipata Chhak under Bonai police limits in Sundargarh district early this morning leaving over 30 passengers injured.

Two of the injured, who were rushed to the Rourkela hospital, were stated to be critical when the last reports came in.