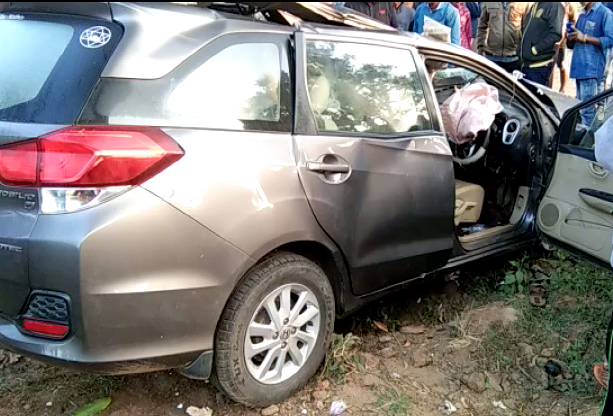 Junagarh: At least four persons were killed and another sustained critical injury after a car they were boarding fell off a bridge on Hati river and hit a roadside tree in Kalahandi district here, today.

The deceased have been identified as Ganesh Mahalik, Rabi Pradhan, Bablu Mahalik and Arun Sahu. The injured is Abhi Kata. All the victims are from Laxmisagarpada and Bazarpada area under Junagarh.

The incident took place early in the morning at around 5.30 am, when the five were returning their homes after completing some work in a nearby village. It is suspected that the driver of the vehicle lost control over the wheels causing it to skid off a bridge over Hati river and hitting a roadside tree. While four others died on the spot, Abhi was rescued by some locals in a critical condition later in the morning. He was first rushed to Junagarh Community Health Centre (CHC) and then shifted to Bhawanipatna Hospital where his condition remains critical.

Junagarh Police has reached the spot and seized the bodies along with the mangled car.