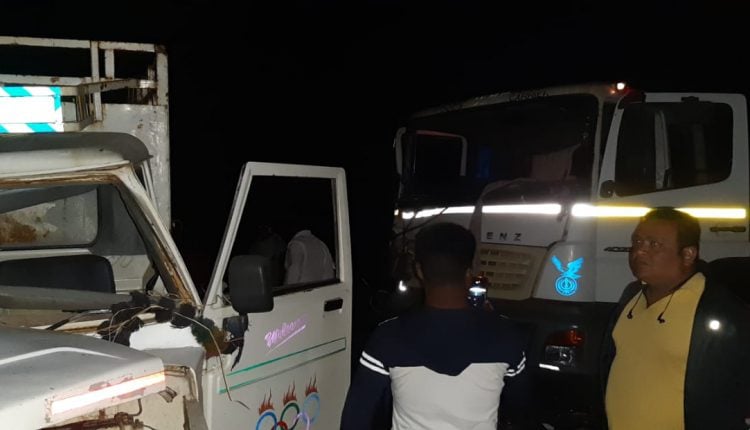 Sonepur: At least four persons died and six others sustained critical injury in a road mishap in Subarnapur district of Odisha on Friday. The accident took place due to head on collision between a truck and a Bolero Max pick up van near Metakani on the Sonepur-Sambalpur road at around 8 pm yesterday.

As per reports, members of a band party of Khemaloe village were on their way to Rusuda, Rampur on a Bolero Max pick up van when their vehicle met the accident. In the mishap 2 persons of the Pickup van died on the spot while 2 others received critical injury. All the 8 survivors of the pickup van were shifted to VSS Medical College, Burla. However, two more succumbed to death at the Burla hospital. Also, condition of the rest six injured persons are also said to be critical.

As per reports, both the vehicles were proceeding speedily and met with the accident at a turning.

With inputs from : Sheshadev Barik, Subarnapur

4 killed as car rams into bus on Mumbai-Ahmedabad highway