4 critically hurt in miscreants’ attack during loot in Kendrapara 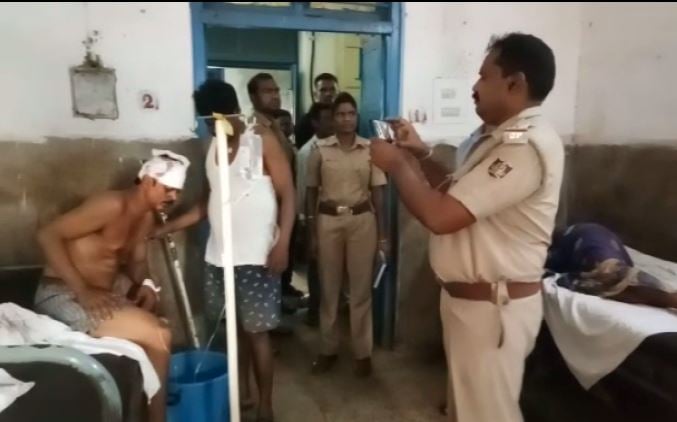 Kendrapara: Throwing an open challenge to police unidentified miscreants have looted cash and jewellery worth lakhs from a house and left at least four persons critically injured by attacking him during the burglary in Bharatpur village under Aul police limits last night.

As per the report, a group of five armed looters had sneaked into one Hadibandhu Sahu’s house late last night by cutting the grills of the rear door, while all members in his family were asleep. After overpowering the victim family they took out unspecified amount of cash and gold jewellery from the house.

Later, as some of the members protested the loot the miscreants reportedly attacked them with ‘Bhujali’ and fled from the spot.

All the injured were rushed to Aul Community Health Centre (CHC) immediately after the attack.

In a similar incident, burglars have looted one Alekha Sahu’s house in the same nigh also. Cash and valuable jewelleries were found missing this morning from the house the victim informed.

Police have rushed to the spot and started an investigation into the incident.