4 Critical As Truck Hits Bus While Police Checking In Odisha 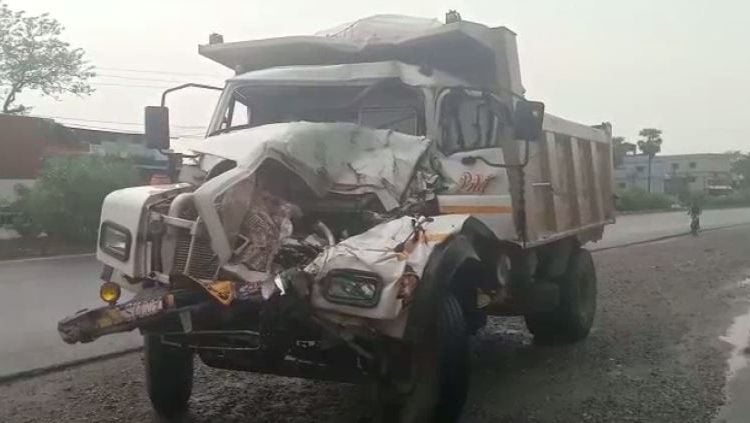 Balasore: As many as four people were critical when the truck hits a stationary bus while the patrolling police were checking near Uttareswar on NH-17 under Soro police limits in Balasore district last night.

Sources said, the private bus was enroute to Bhubaneswar, when the Soro patrolling vehicle heard some noises inside the bus and intercepted them at Uttereswar and checking. During the checking, suddenly a sand laden truck hit the stationary bus and the bus lost control and rammed into the police vehicle.

2 killed in head-on collision between bikes in Odisha

Patient Among 3 Killed As Ambulance Rams Into A Container…

Around four passengers inside the bus sustained critical injuries. They were immediately rescued and shifted to Soro Community Health Centre (CHC) for medical treatment.

After verifying documents of the bus, the Soro police released the bus, but the truck has been detained.

Media Professionals To Be Considered As Frontline Workers In Tamil Nadu: MK Stalin