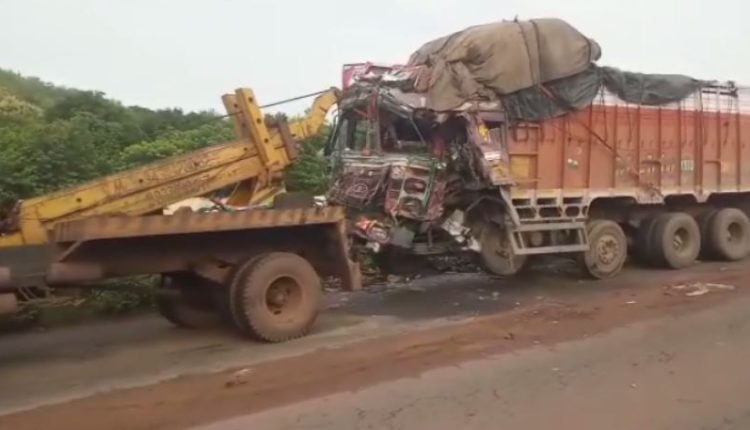 Jajpur: 4 persons were critically injured in a head-on collision between two trucks on NH-16 in Jajpur district of Odisha, today. The accident took place on near Gokarneswar temple in Dharmasala area of Jajpur district.

According to sources, a container truck collided with a truck coming from the opposite direction in the wee hours of Sunday. As both the vehicles were moving at a high speed the collision left the occupants of both the vehicles in a critical condition.

The locals witnessed the accident and informed the police. The cops reached the spot as soon as possible. They recovered the victims and rushed them to Dharmasala Community Heath Centre (CHC).

As the condition of the victims deteriorated rapidly, they were shifted to SCB Medical College and Hospital in Cuttack.

Investigation is currently underway on the accident scene for recovery of any evidence as to the cause of the mishap.

Cops Test Positive For Covid-19 In These Districts Of Odisha