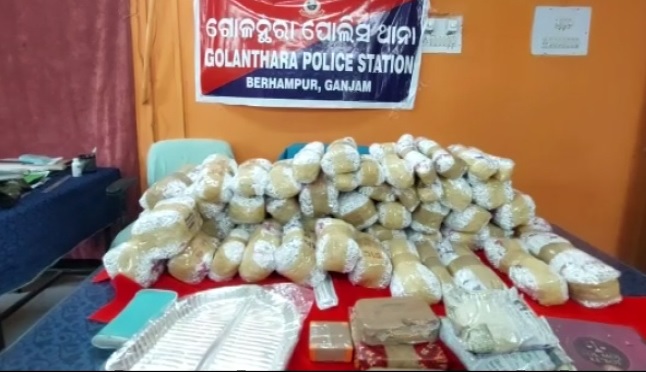 Berhampur: Tightening the noose around Gold smugglers, Police on Sunday seized huge amount of gold and silver ornaments from a car in Surala junction of Odisha’s Ganjam district. Four persons has been detained in connection to this case.

Golanthara Police has seized more than 3kg gold and 150kg silver ornaments from the car. The estimated value of the gold and silver is around 2.5 Crore.

According to reports, the gold was being smuggled in a car from Tamil Nadu to Berhampur Bada Bazar. They were trying to smuggle the gold and silver in order to avoid paying GST and other taxes.

Golanthara police seized the gold and silver while doing a raid in Surala junction. Police has informed the GST & IT dept about the case and seizure of gold and silver. They are conducting an investigation and the interrogation is underway.

This is not the first time that police has seized hundreds of Kilogram of gold and silver ornaments worth crores of money. The Businessmen reportedly try to smuggle gold and silver in order to avoid paying hefty GST taxes.

In some cases, they get caught and had to pay the taxes while other times they successfully smuggle the gold and reap profits.