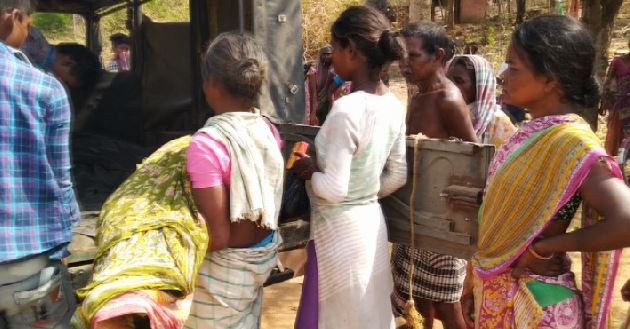 Rairangpur: In a sorrowful incident, a three year old infant drowned in Mayurbhanj district of Odisha on Tuesday. It has been learnt that the mother lost her child due to a little bit of negligence on her part. The incident took place in Bhalugada village under Tiring Police limits of the district.

The deceased kid has been identified as Sukra Dehuri, son of Suna Dehuri of Buru Sahi in Bhalugada village of the district.

As per reports, mother of the kid had gone to the village pond along with him to wash clothes. When she was washing clothes at the edge, the kid sneaked into the water unknown about the consequence, without the knowledge of his mother.

After a while when locals saw body of the infant floating on the water, they called out the woman who then came to know about it. However, by then the kid had already died.

A pal of gloom has descended in the area following the sad demise of the child.