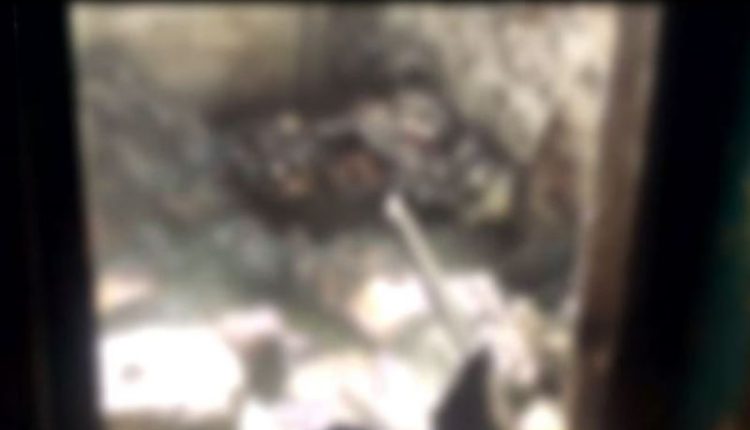 Malkangiri: In a tragic incident, three sisters were burnt alive in a massive fire which broke out at their house at Jagannath Mandir Sahi of the district here this morning.

The deceased girls have been identified as K. Runuka Rao, K. Manuka and K. Manga (16).

According to reports, the fire mishap took place when the sisters were in the house while their two of three brothers had gone for rituals of their deceased father K. Ganapati Rao, who had passed away 12 days ago.

Some neighbours, after noticing huge smoke emitting from the house, informed the local police and called the fire personnel. However, by the time the firefighters reached the spot the girls had already died to the fire.

The local police has started an investigation into the incident. The cops informed that the girls might have committed suicide as they had to break open the doors which were locked from inside. Besides, the deceased girls had sent their youngest brother to the market so that they could take the extreme step.

Police further informed that the girls suspected to have taken the drastic step as they were reeling under intense poverty and were under severe metal pressure as they had lost their father few days ago while mother had died earlier.

A pall of gloom descended in the area following the unfortunate death of the three siblings who were mourning the death of their father.

Woman, 2 sons die after drowning in pond in Odisha