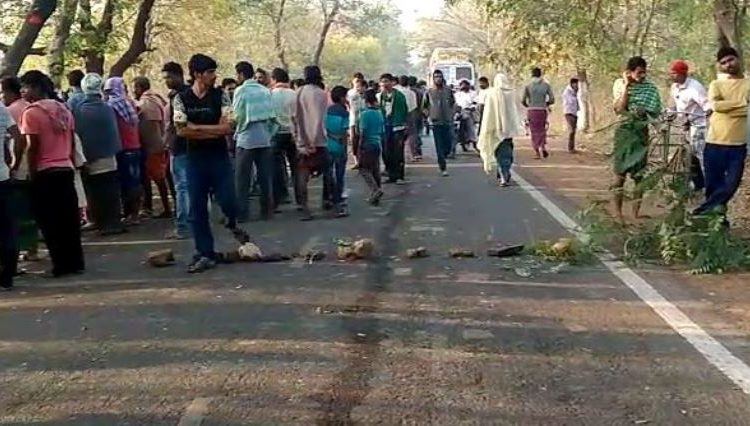 Angul: At least three persons were killed after the bike they were traveling on was hit by an unknown vehicle at Patapathar Square under Thakuargarh police limits in the district on Sunday.

The deceased have been identified as Paramanand Dalei and Kathia Dalei of Pedipathar village and Ranjit Rout of Sindurakhol village.

The incident took place near Patapathar Square when an unknown speeding vehicle coming from the opposite direction lost control over the wheels and struck the trio while they were on their way to Pedipathar from Athamallik. All of them died on the spot after their bike skidded off the road and fell from a height.

Angry locals staged a blockade on Bainda-Pedipathar main road demanding Rs 7 lakh compensation to the kin of each deceased. They also demanded immediate arrest of the accused driver of the unknown vehicle who managed to escape from the spot after the accident.

Thakurgarh Police have reached the spot and are trying to pacify the blockaders.