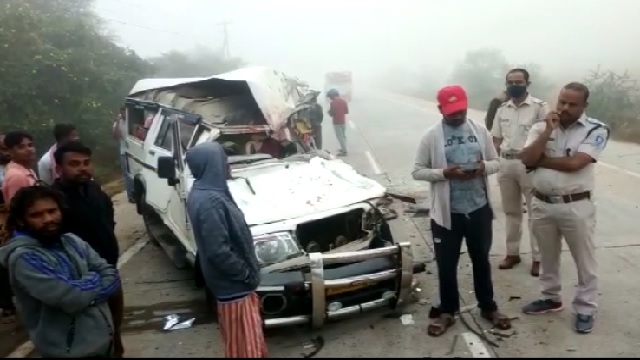 Balangir: In a tragic incident, three persons have been killed in a road accident on NH-57, Bolangir-Sonepur road, near Randa chhak in the wee hours on Wednesday.

Reportedly, eight youths from nearby villages under Sadar block went to Khandadhar waterfall in Sonepur district for a picnic in a SUV car.

Later when all of them were on their way back from picnic, the SUV was hit with a speedy unidentified vehicle.

Following the accident, three among them lost their lives on the spot while five others sustained critical injuries in the accident.

The locals immediately informed the local police. On getting the information, the local police and emergency ambulance arrived at the spot and rushed four of the injured to Bhima Bhoi hospital for medical treatment. The bodies of three deceased youth were sent autopsy procedure.

Another youth was shifted to Burla hospital as his health condition deteriorated. The police has initiated a probe into the matter.