3 including minor injured in gas stove blast in Odisha 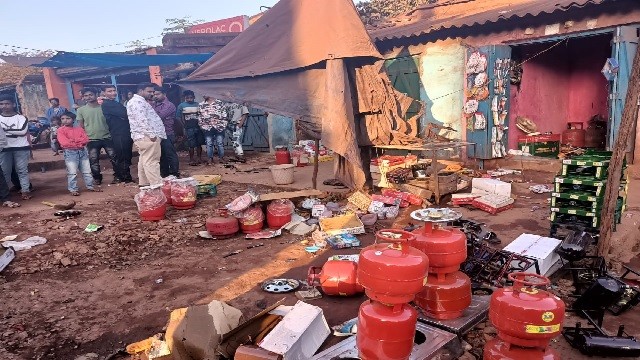 Keonjhar: Three people including a minor were seriously injured after a blast at the gas stove shop near Sunanadi Market in Joda of Keonjhar district.

The injured have been identified as Budhadev Mahakud (minor), Sanjay Maharana, a resident of Hudisahi and Sagar Khan, a native of Joda market area. It is said, that they were working in the gas stove shop.

Report says, the incident took place at Sheikh Akhtar gas stove shop, while they were re-filling the gas in an illegal manner. Following which the trio suffered serious injuries.

The locals immediately rushed them to the Tata steel hospital in Joda for preliminary treatment. After their condition deteriorated, they were shifted to Ispat hospital in Rourkela.

The accident took place while checking the gas stove, informed the owner of the shop Sheikh Akhtar.

On being informed about the incident, the Joda police reached the spot and have started an investigation into the matter.