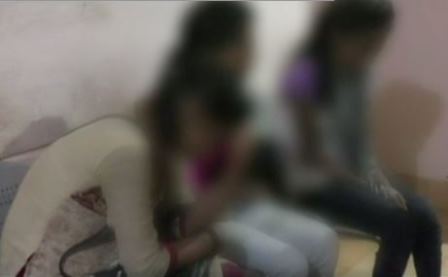 3 Khordha girls rescued while being trafficked to Mumbai

Khordha: At least three girls were rescued by police from Khurda Road Junction Railway Station after they foiled a trafficking bid last night.

While the identification of the girls has not have been made so far, they are from Retanga village near Jatni block of Khordha district.

The girls were rescued after some locals from Raja Bazar area in Jatni called up a local women’s group namely Nari Sangathan and informed about them. The group immediately swung into action and took the girls into their custody. They were later handed over to Jatni Police.

“The victims had been picked up by the traffickers from Retanga village on promise of jobs in nearby towns. However, after reaching the railway station and coming across the travel tickets the girls found that they were being sent to Mumbai instead. Suspecting ‘ill intensions’ of the traffickers they ran away from the railway station and reached Raja Bazar area from where we rescued them,” said Namita Pal of Nari Sangathan.

While the traffickers have managed to flee from the railway station, police said the girls would be handed over to their family members after completion of the investigation.