3 From Odisha Killed, 7 Others Critical As Bolero Hits Roadside Tree In Chhattisgarh 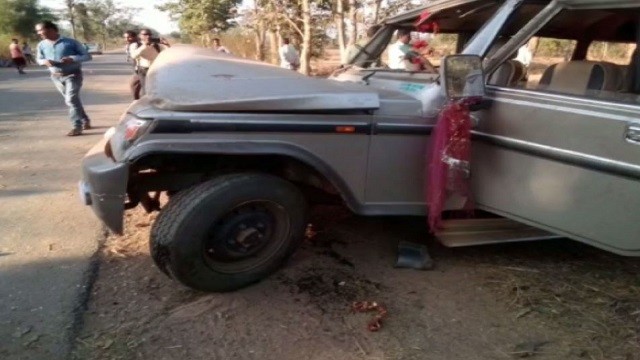 Nabarangpur: In a tragic incident, at least three persons were killed while seven others sustained critical injuries after the Bolero vehicle in which they were traveling met with an accident in Chhattisgarh today.

All the deceased and injured persons are said to be the residents of Umerkote area in Nabarangpur district of Odisha.

The four-wheeler bearing a registration number CG-05-U-1285 met with the accident when the driver of the vehicle reportedly lost control over the wheels and hit a roadside tree on NH-130 in Jabalpur area of Chhattisgarh.

The road accident was so severe that three persons were killed on the spot. They have been identified as Niranjan Patra, Sudhar Harijan, and Charan Majhi.

All of them were returning back to Umerkote from Gariaband of Chhattisgarh after completing some work related to driving licence.

At least ten persons were there in the vehicle when the mishap took place, said sources adding that the injured persons have been admitted at Mainpur Hospital for treatment.