3 of family axed to death in Odisha, Neighbour arrested 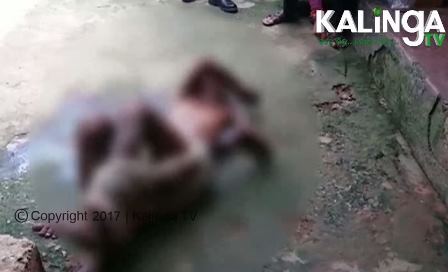 Subarnapur: 3 members of a family were axed to death by their neighbour allegedly due to some past dispute at Beheramal village under Ullunda police limits of the district late on Thursday night.

One Pramod Bhoi, his daughter Bishnupriya Bhoi died on the spot when their neighbour Neela Pradhan hacked them in a fit of rage over some past dispute. Bishnupriya’s minor daughter Babita, who was rescued from a pool of blood, died on the way to Ullunda Community Health Centre.

Police have arrested Pradhan after he surrendered following the incident.The weapons used in the crime have been seized and the bodies have been sent for autopsy.