3 drown to death in separate incidents in Odisha 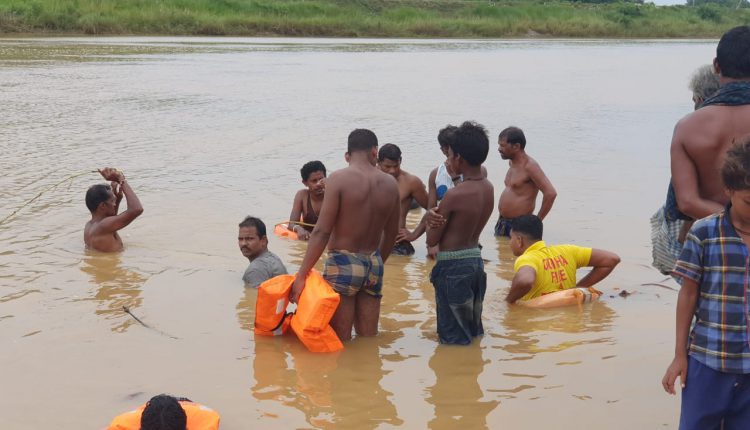 Berhampur/Anandpur: At least three persons including one minor girl were killed in separate drowning incidents which took place in Ganjam and Keonjhar districts of Odisha this morning.

In the first instance, a group of three minor girls had been to pluck flowers for Khudurukuni Puja scheduled to be held in Kanjiama village under Hinjilikatu police limits in Ganjam district this morning when accidentally slipped into Rushikulya river.

Some bystander immediately called up fire services officials who rushed to the spot and rescued at least two of the minors from the river water while another namely Sili Behera(17) remained missing and feared dead.

In a similar incident in the district, one Rajkumar Lenka (38) of Chadhiapalli village under Belaguntha police limits was trying to swim through the Badanadi at around 10 am today when met watery grave. He was working as a lineman.

In Keonjhar district later in the morning, one Rushi Behera (37) of Ramachandrapur village drowned in a pond in the areas while taking bath. Though he was rescued and taken to Sinkul Hospital, doctors declared him brought dead.