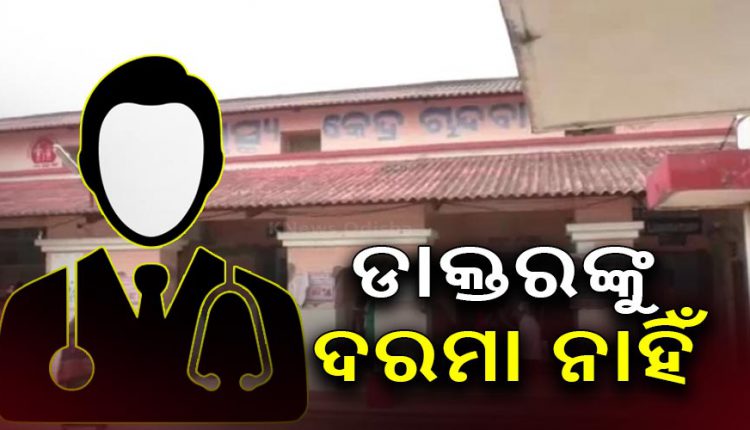 Bhadrak: At a time when Odisha Government is taking many steps to provide better services and facilities to the citizens, a contradictory news piece has been reported from Bhadrak. As per the report, three young doctors who were appointed at the Chandbali CHC of the district in Odisha have quit their jobs as they were not given salary or even quarter to stay.

As per reports, three doctors had been appointed to the community health centre (CHC) of Chandbali in Bhadrak district few months back. However, they were allegedly not given their salary for the job. Even they were not given doctors’ quarter to stay near the hospital.

Accordingly, the three doctors reported the matter to the District Magistrate and CDMO. However, as nothing was done to resolve the issue, they finally furnished their resignation letters and quit the job.

On the other hand, a letter from the Medical Officer (I/C), CHC Chandbali narrates some other story. In the letter the said doctors have been relieved from duty and have been deputed to District Head Quarter Hospital, Bhadrak. Further, the letter claims about gross negligence in govt. duty, misconduct, irregularities in duty and unauthorized absence from HQ by the said doctors. 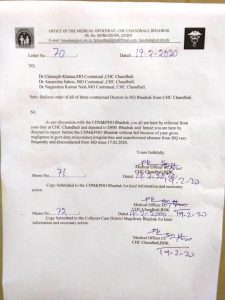