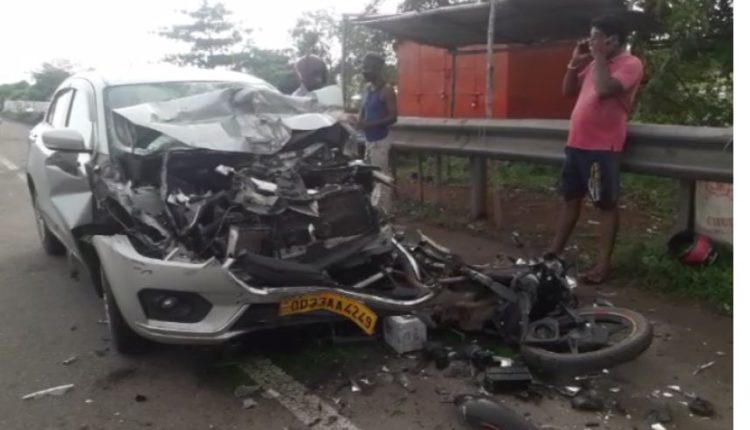 Jajpur: At least three persons were critically injured in a road accident on NH-16 near Chhatia of Jajpur district in Odisha today.

According to reports, a car moving on NH-16 at high speed crashed into a motor-cycle moving in the same direction. As a result the bike rider along with two occupants in the car were severely injured.

The passer-by who witnessed the accident dialled the nearby Police station, who quickly reached the spot.

The cops rescued the critically injured persons and send them to SCB Medical College And Hospital in Cuttack.

Investigation is currently underway on the accident scene for recovery of any evidence as to the cause of the mishap.

Co-incidentally a severe road accident took place on  NH-16 in Jajpur yesterday. Two trucks coming from the opposite direction collided with each other and had left 4 critically injured.