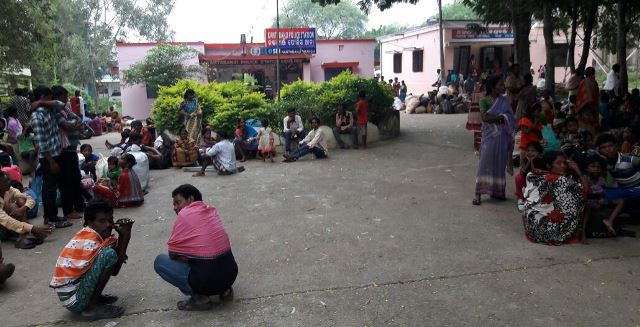 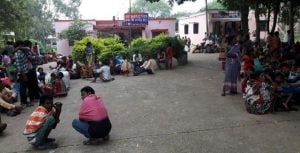 Balangir: As many as 204 adults and 98 children were rescued from the Kantabaji Railway station in the district with the help of Kantabanji Police and the Special squad of Balangir police station on late last night.

They were about to board a train to go to neighbouring Andhra Pradesh to work as bonded labourers in a brick kiln.

“We are not getting any work here. We have no other resources for our livelihood. So, we were going to Andhra to work in a brick kiln; but the police stopped us to board the train last night”, said a rescued person.

All the rescued persons including the children were detained at Katantbanji Police station.

“We have informed the matter to the district labour officer and will take action on the basis of his report”, said Ananda Majhi , IIC, Kantabanji Police Station.

The broker, who was taking them to Andhra Pradesh, however managed to flee from the spot. Search operation is going on to trace the broker, said the police.

Recently, as many as 81 bonded labourer were rescued from the Kantabaji Railway station.