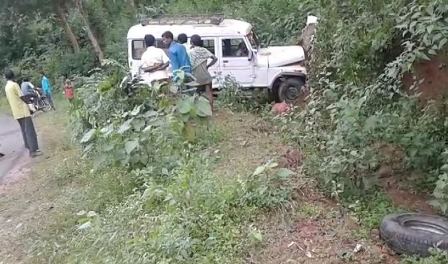 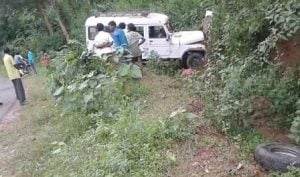 Phulbani: At least 20 persons, including women and children, sustained injuries after a Bolero carrying them skidded off a hilly road on Kadamguda ghati under Subarnagiri on Friday.

The accident took place early in the morning while the Bolero with 25 passengers on board was travelling from Subarnagiri to Kotagada and suffered a brake failure on Kadamguda ghati. The driver immediately displayed alertness and drove the vehicle towards right to save it from falling into a pit on the left side of the road. However, the Bolero skidded off the road and suffered an accident leaving 20 injured.

The injured include 13 men, five women and two kids.

All the injured were rushed to the Kotagada Hospital first and then shifted to the Baliguda Sub Divisional Hospital.

Kotagada Police have reached the spot and started an investigation.