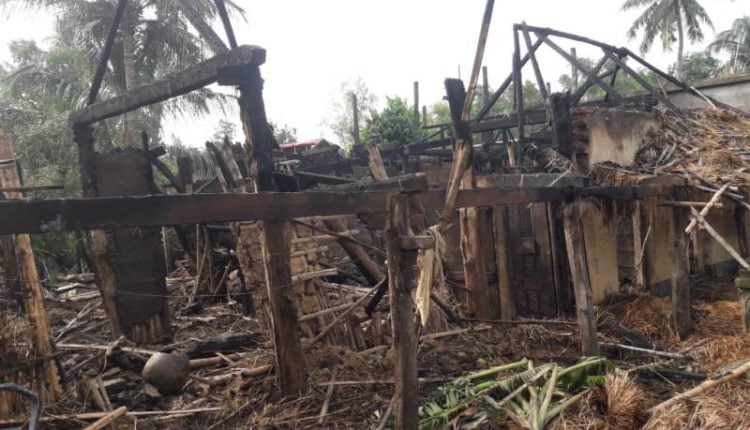 Bhadrak: At least 20 houses of four families were gutted and property worth lakhs lost in a massive fire which broke out in Badabanasta village under Bhandaripokhari block in the district last night.

As per the report, flames erupted at one Ramesh Sahu’s house in the village at around 1 AM while all in his family were asleep. Till Sahu woke up and raised an alarm for firefighting, the flames had engulfed Bapu Sahu, Suli Sahu and Gouranga Sahu’s houses located in the neighborhood.

Fire Breaks Out In Bhadrak District Of Odisha, Property…

6 cattle burnt alive in a house fire in Bhadrak

Valuable assets including furniture, electronic goods and paddy were completely reduced to ashes in the blaze till fire brigade teams from Bhandaripokhari reached the spot and doused it.

Villagers have demanded suitable compensation for the affected families which have been rendered homeless in the mishap.

‘Thugs of Hindostan’ Trailer To Release On Sep 27