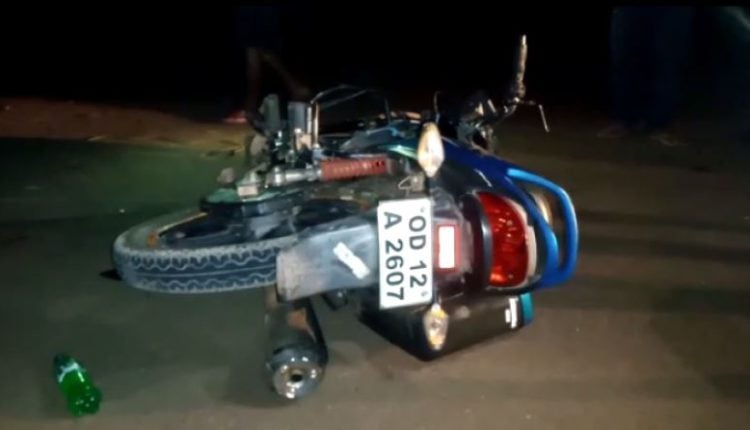 Daringbadi : In a tragic incident, two youths were killed in a road mishap at Dangeri Chhaka in Kirikuti Panchayat under Daringbadi police limits in Kandhamal district.

The accident occured at around 8.30 PM last evening.

The deceased have been identified as Prakash Pradhan and Milu Pradhan of Kidramala village.

According to sources, the duo were returning back to their village Partomaha from Patangi village when a speeding scorpio which was coming from the opposite side hit their bike killing them on the spot.

After the accident took place, the locals of the village blocked the road.

On being informed, K. Nuagaon police along with Sirtiguda locals reached Gunchigaon Chhaka and seized the scorpio and have also detained the driver of the vehicle.

After the locals informed 108 Ambulance, the ambulance arrived but did not carry the dead-bodies and went away. Following which the irate locals blocked the NH.

Later, Daringbadi Police-in charge Kaushik Majhi along with Baliguda SDPO reached the spot and pacified the locals to clear the road and sent the bodies to Daringbadi hospital for post-mortem.

Highest Ever! 4330 Covid Positives In Odisha In The Last 24 Hours, Tally Crosses 1.7 Lakh