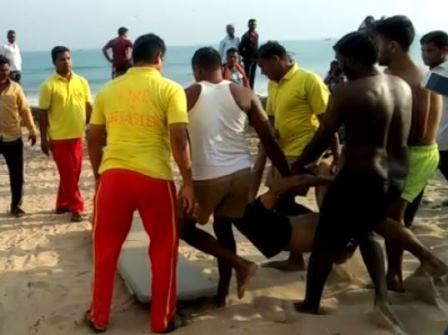 Konark: In a tragic incident, two students of the city based National Institute of Science Education and Research (NISER) College drowned in sea near Beleswar in Konark of Puri district this afternoon.

Sources said that five students from the college had gone to visit Beleswar temple today. Later, they went to the sea for bathing. Unfortunately, two of them suddenly went missing.

On being alerted by the other students, fire fighters reached the spot with an ambulance. While they fished out body of one of students, the other was yet to be traced.

The deceased student has been identified as Pranjal Bewal and the missing pupil as Jatin.