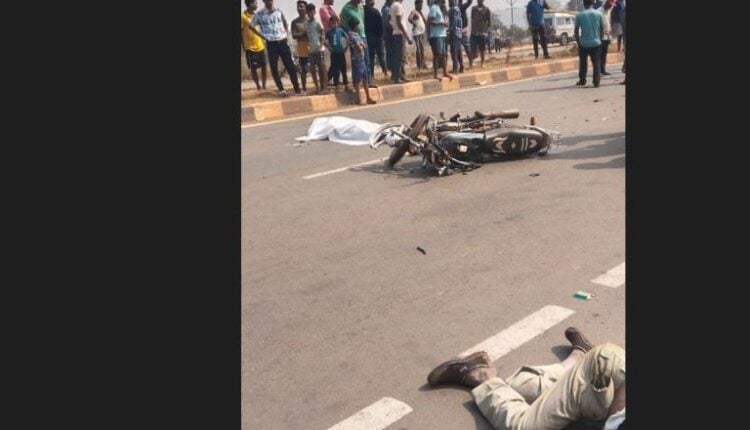 Keonjhar: In a tragic incident as many as 2 killed in Keonjhar district of Odisha in a road accident. The accident took place at Taduabahal on the National Highway No 520 under Champua Police limits.

The deceased persons have been identified as Biju Karua of Kamarjoda village under Joda Police limits and his maternal uncle Babu Karua.

As per reports, today Biju was returning home on his bike bearing Registration No OD09A 0129 from Rimuli side along with his maternal uncle. When they were crossing Taduabahal area a Hyva truck hit their bike from the rear side.

Accordingly, 2 killed in Keonjhar district while both of them died on the spot. Following the incident the Hyva truck fled from the scene.

After getting information the Police Officer of Rimuli Police Out Post rushed to the accident spot. He seized the dead bodies and sent those to Champua Hospital for autopsy.