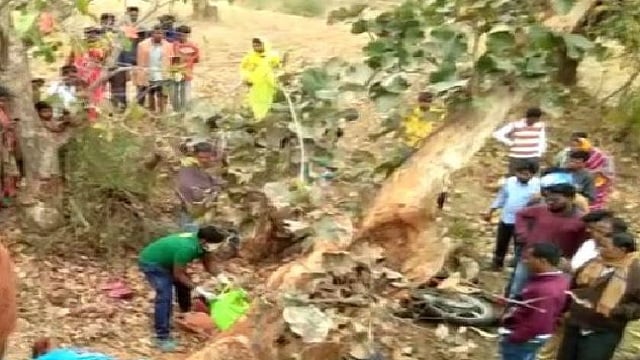 Baliguda: Two persons lost their lives while one was rendered critical after a motorbike they were travelling on rammed into a huge tree alongside the road after the rider lost balance on the wheels.

The unfortunate incident occurred on National Highway (NH)-59 near Bataguda under Baliguda police limits in Kandhamal district of Odisha.

The three friends were en route to Kurtungad near Baliguda when the incident happened, sources said. Two were declared dead on the spot while the injured in a critical condition was rescued and rushed to Baliguda sub-divisional hospital.

One of the deceased has been identified as Rubin Majhi of Kurtungad Danungia while the identity of the other person is yet to be ascertained.

Meanwhile, the treatment of the injured identified as Anant Majhi is underway.