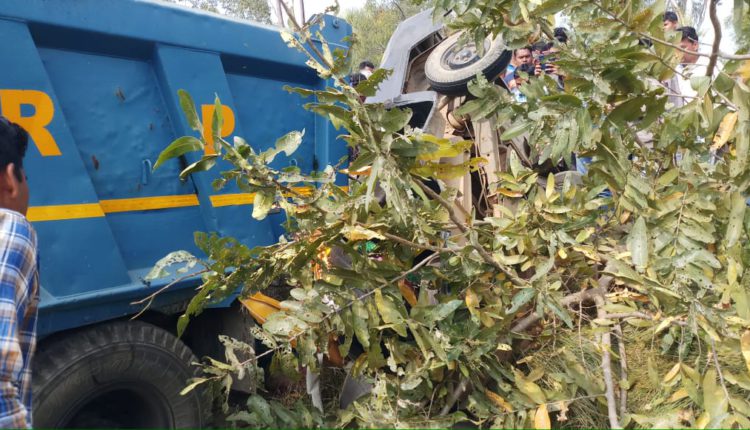 Boudh: Tragedy struck a family of Boudh district where mother, son and daughter were killed in a road accident near Gopalmal on Manmunda-Kantamal road on Thursday.

Sources said, the trio were travelling in a auto-rickshaw towards Manmunda when a hyva truck coming from opposite direction hit the vehicle and overturned.While the three members of the family died on the spot and the driver of the auto sustained critical injuries.

The locals of the villagers rescued the auto driver and rushed him to Sonepur District Headquarters Hospital(DHH).

The body parts of the victims were severed in the mishap.

Later, the police reached the spot and have started a probe into the accident.