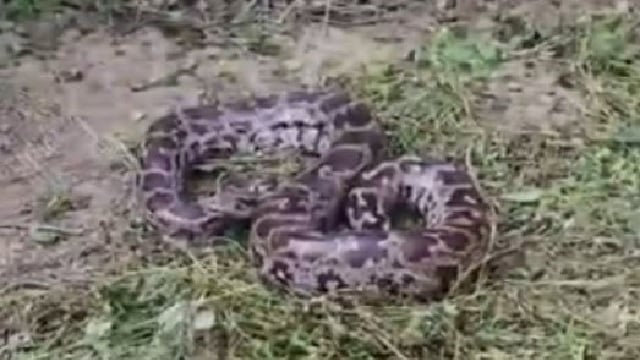 Keonjhar: As many as two pythons were rescued in Keonjhar district of Odisha on Saturday. The snakes were rescued from the royal palace in the old town area.

As per reports, today after getting information from the locals about presence of large pythons in the royal palace, snake catcher Sudarshan Swain immediately reached there. As he searched for the snakes, he found that there were two large pythons.

Following measurement it was later known that one of the snakes was 12 feet long while the other one was 7 feet long.

Sudarshan securely caught the two pythons and later released them into the forest at a lonely place. The snake catcher has so far caught approximately 2000 snakes, sources said.